CONFERENCE ON THE HEALTH OF WOMEN
OF FOREIGN ORIGIN

Najmo Fiyasko is a Somali women's rights activist living in Iceland. She survived a forced marriage and female genital mutilation (FGM) as a child. She now runs a charity called MID SHOW, a non-profit organisation that currently operates in Iceland and Somalia. The organization's goal is to create a platform for women's voices and visibility in the media by telling their stories, shedding light on hidden gender issues, promoting equality, combating gender-based violence and working with women. 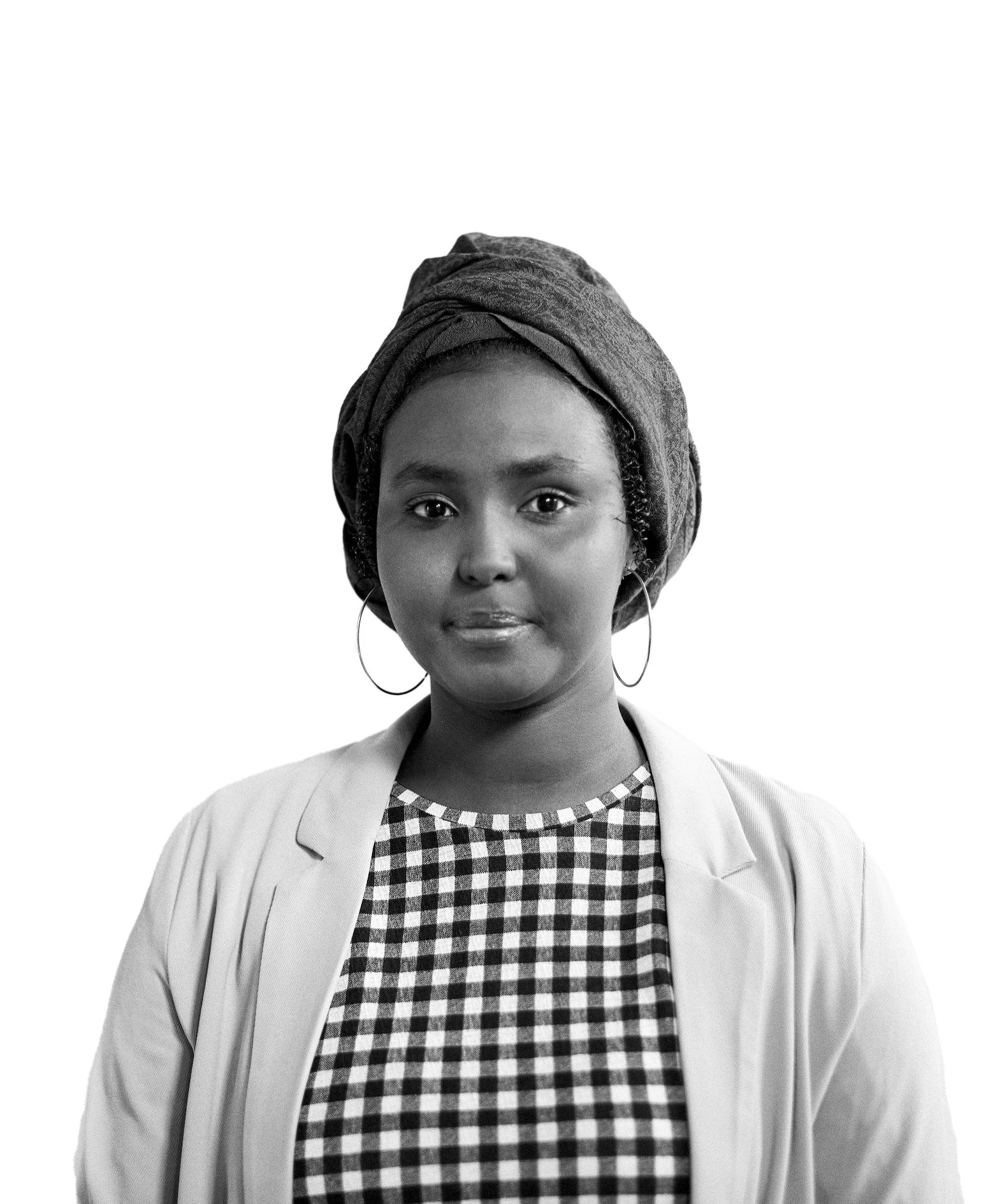 Alma Belem Serrato was born and raised in Mexico. She specializes in caring for immigrants and refugees. Alma holds an MA in Clinical Psychology as well as a Master's degree in Cognitive Psychology. She also has a diploma in behavioral analysis. She has also taken many retraining courses, for example in cognitive treatment of anxiety, social phobia, grief and trauma. She has experience in schools and clinics in Mexico and European countries. She previously worked at the Kvíðameðferðastöðin an anxiety treatment center, afterward operated her own office as a psychologist and currently she works at Sálfræðistofan Höfðabakka. Alma has a multicultural family and is raising a daughter in biculturalism. 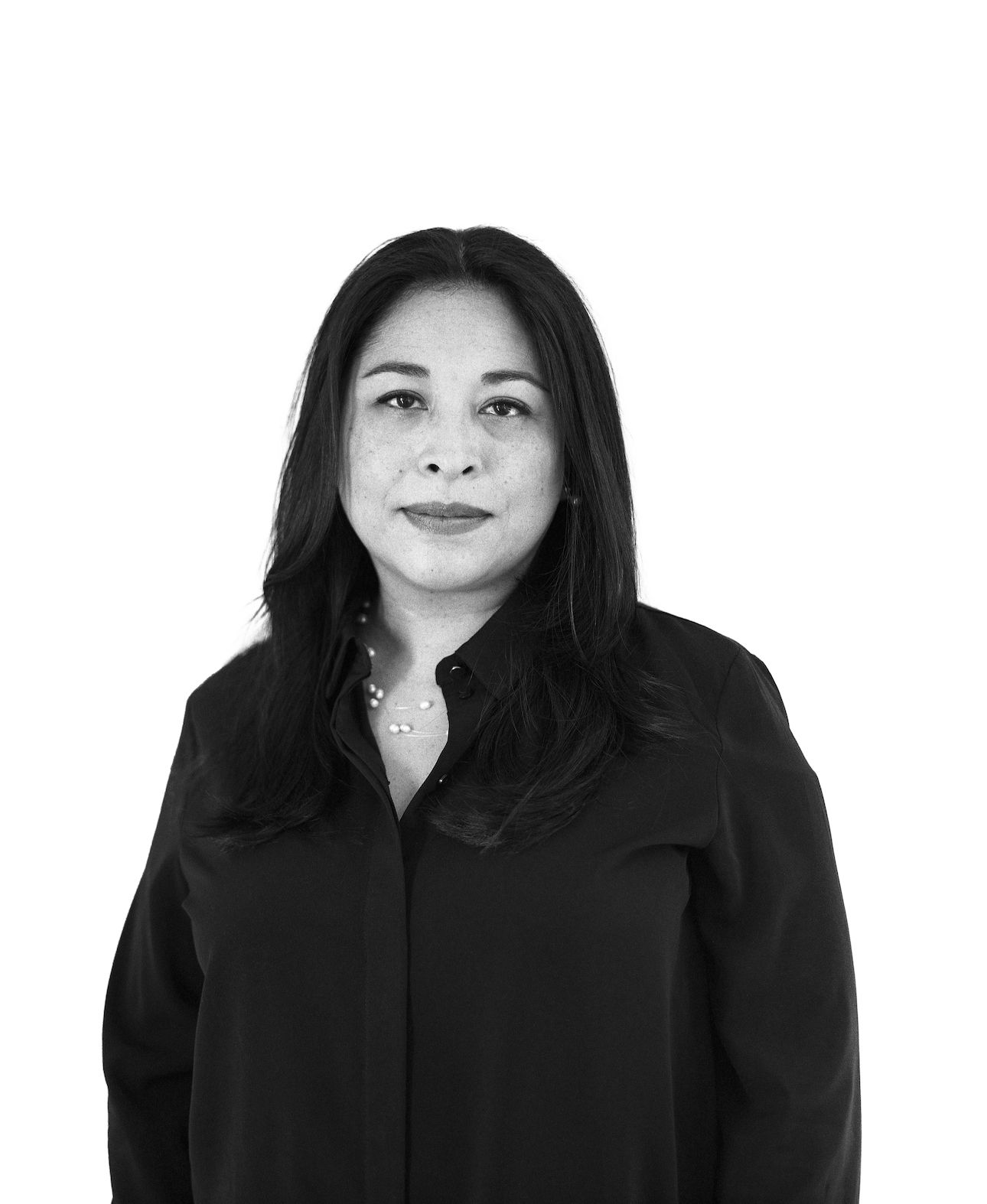 Nichole Leigh Mosty is originally from the United States and works as the director of the Multicultural Center as well as being the chairwoman of the Association of Women of Foreign Descent in Iceland, W.O.M.E.N. She has a B.Ed in preschool teacher education and an M.Ed in teaching and education. Nichole has lived in Iceland for over twenty years and is married to an Icelandic man with two lovely bilingual children. 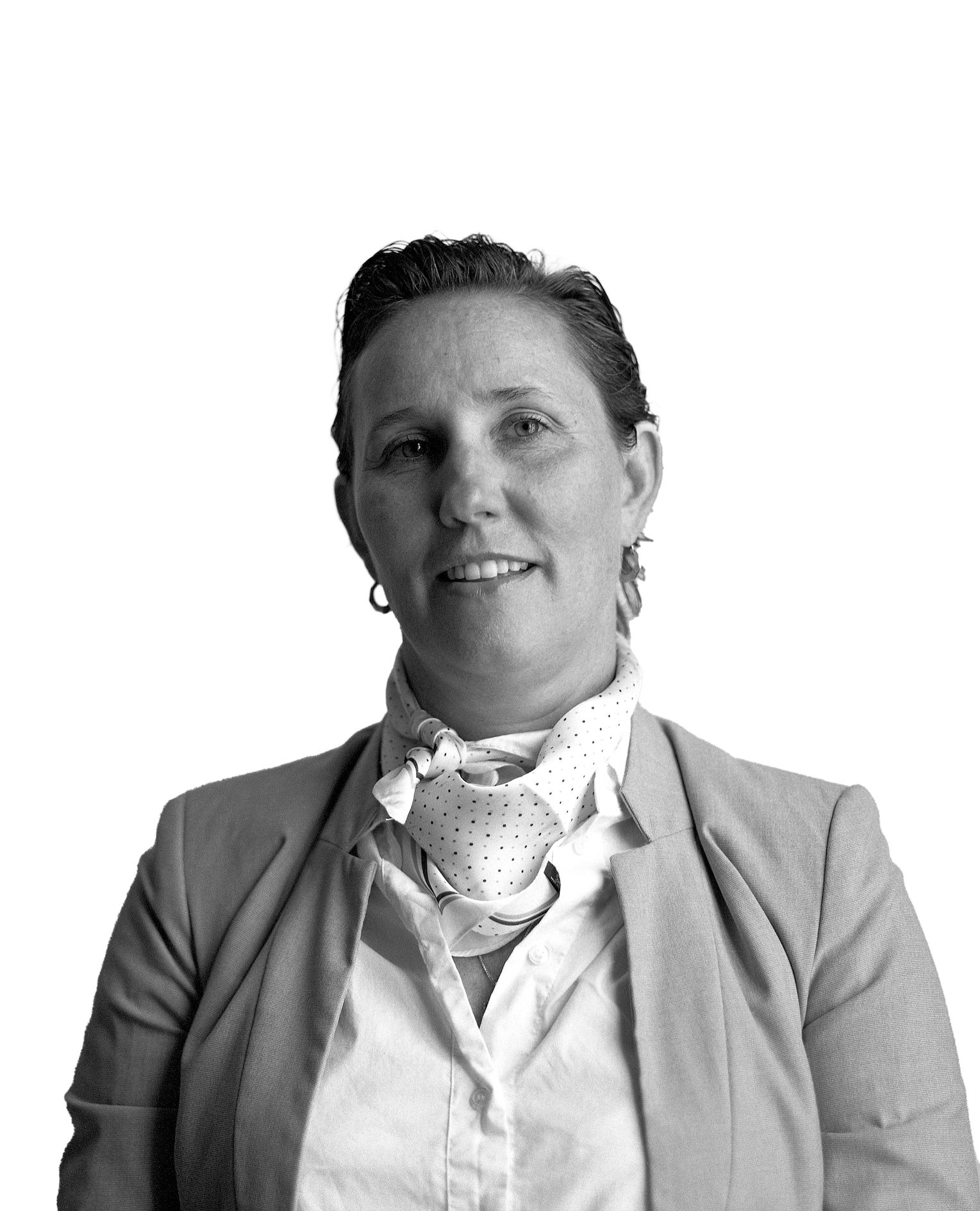 Jade Alejandra is the founder and director of The Sila II Act which is a space for her to research her independent artistic creation, the rhythmical method and sustainable- ecological artistic education. Jade grew up in Scotland, after which she moved to her native Mexico. She lived in Vienna from 2006 until 2015 and is currently based in Reykjavík, Iceland. Her multicultural heritage and experiences as a foreigner in various countries has shaped her identity as a woman, a mother and an artist. Jade has worked with her own productions at theatres such as Lalish Theater Labor, Interkulturelles Theater, Alte Schmiede, MuTh Theater in Austria, Tjarnabíó and Gamlabíó in Iceland and the National Theatre of Greenland. 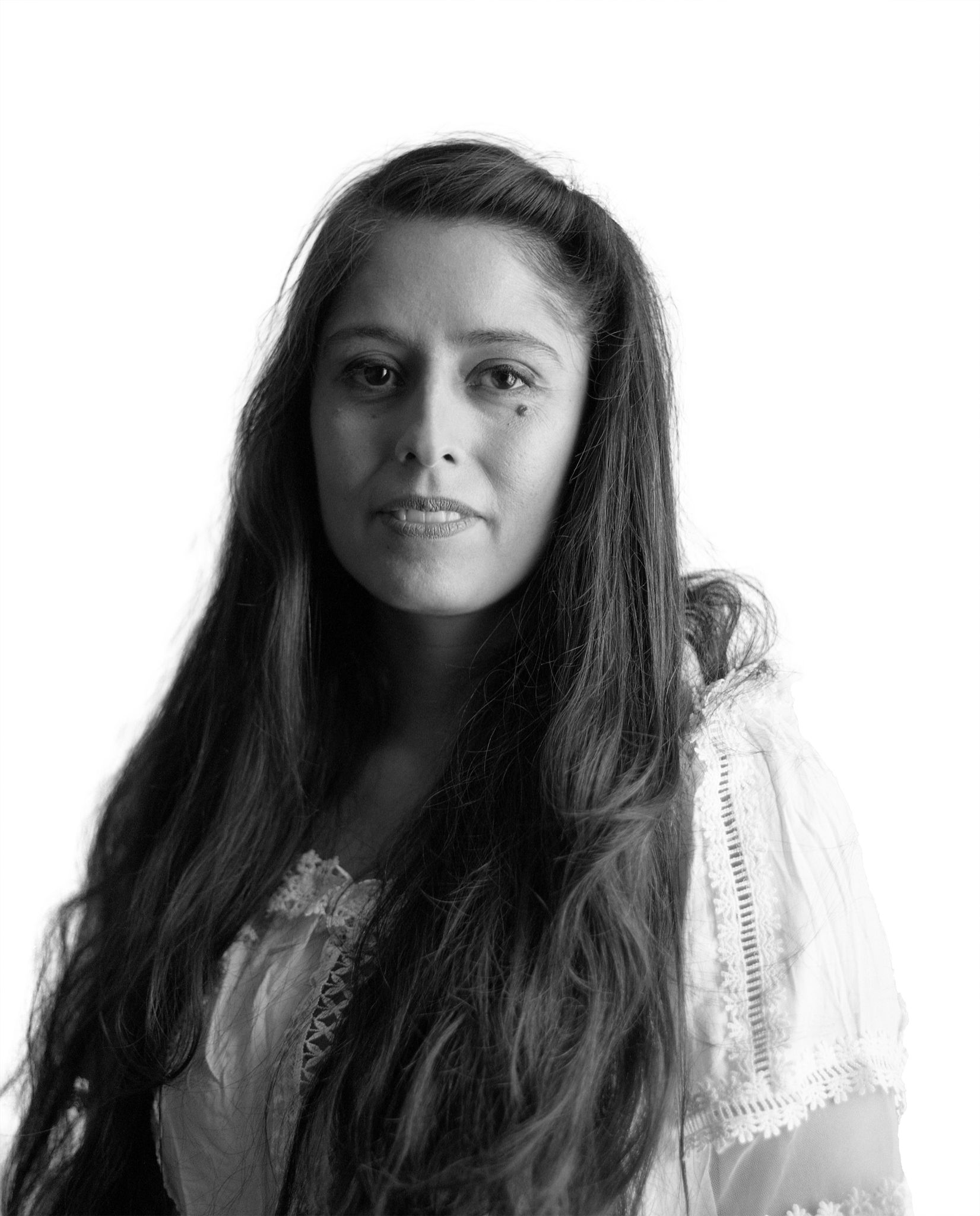 Nurashima Abdul Rashid, is a preschool teacher and a mother of two girls. A Singaporean with a mixed heritage of chinese, bugis, malay and japanese. Nura studied in Michigan USA before coming to Iceland and has lived here for the past 25 years. She’s a cancer survivor that was diagnosed 10 years ago. Since then she has been an active volunteer with W.O.M.E.N in Iceland, Women Of Multicultural Ethnicity Network in Iceland and Kraftur, a support group for young people who have been diagnosed with cancer. Nura is passionate about an increased awareness and support for people of foreign origin diagnosed with cancer. 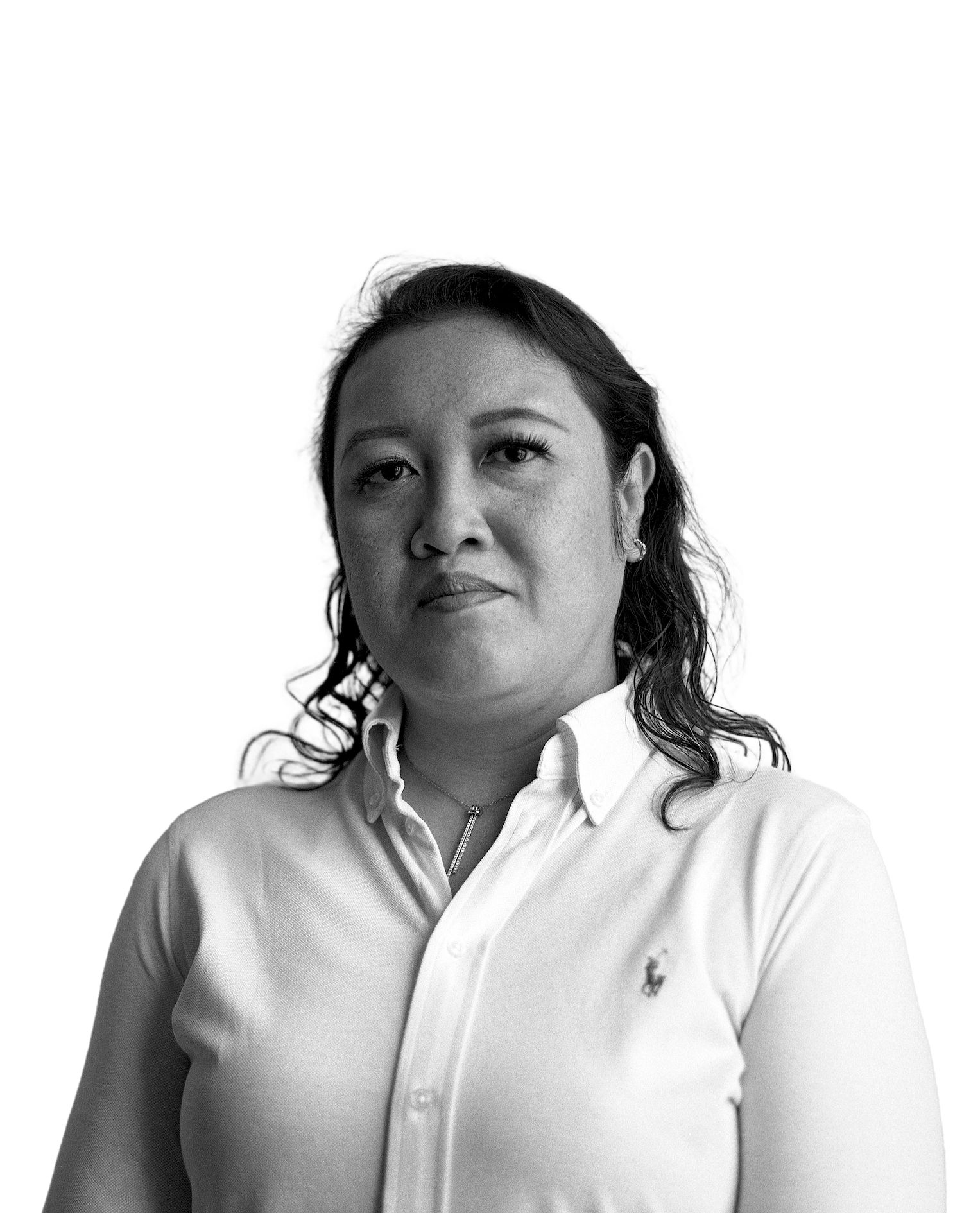 Karolina Maziarz has lived in Iceland for five years and is originally from Gdańsk in Poland. She has a BSc in Paramedic Science and has worked in the profession for almost 10 years. In Iceland she isn’t able to work as a paramedic, however she has a good job and has met wonderful people. Karolina contributes to Icelandic society as a member of the Rescuing squad of Suðurnes as well as organising first aid courses for the Polish community. She loves spending time outdoors, trying to get to know the beauty of Iceland in the most active way. 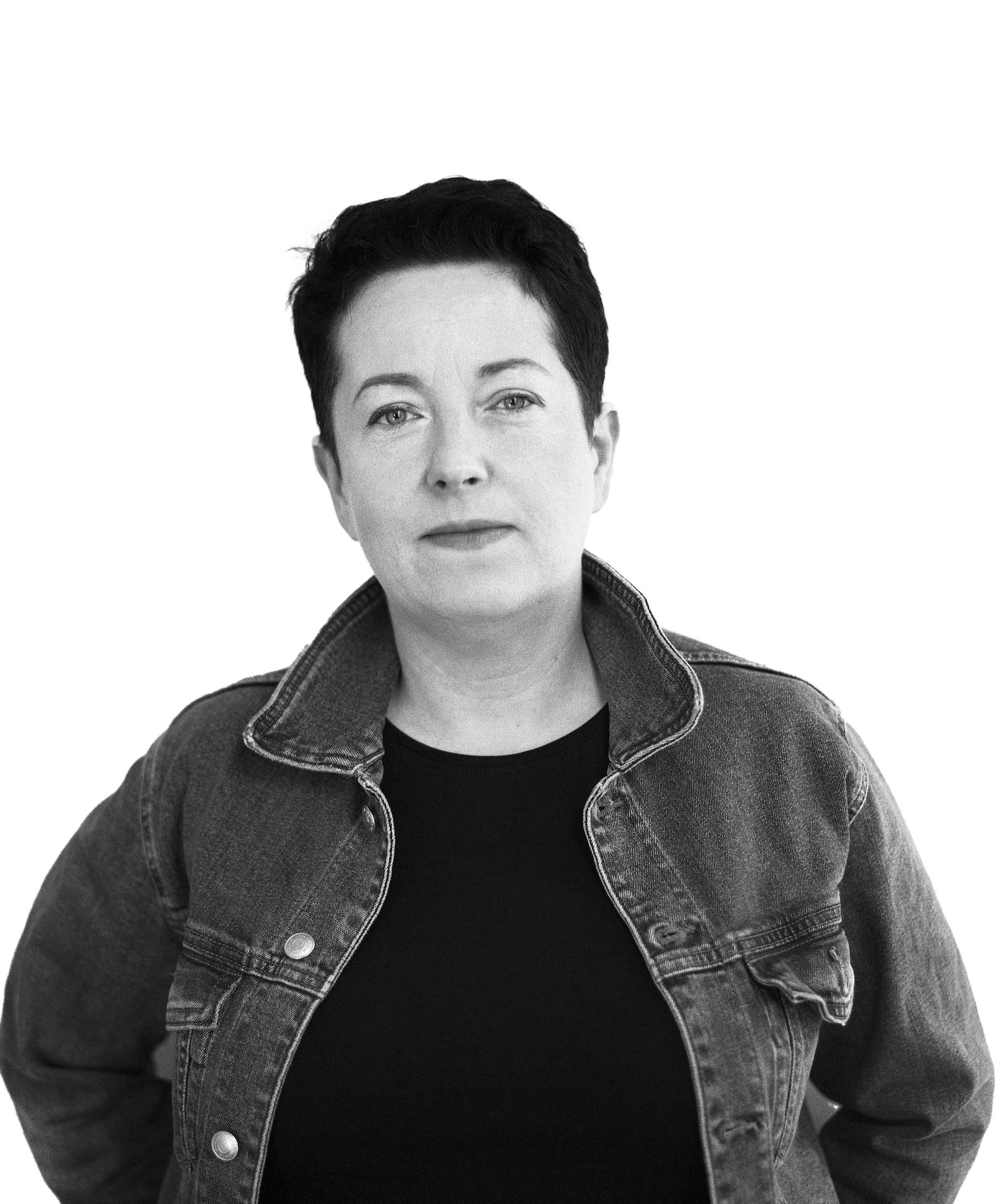 Edythe L. Mangindin, RN, RM, MSc is a doctoral student of midwifery at the University of Iceland. Born and raised in San Francisco, California to Filipino parents, she moved to Iceland in 2009. Her experience as an immigrant woman receiving maternity care in Iceland inspired her to become a midwife. Her research and areas of interest include experiences of immigrant women, respectful care, women's autonomy in decision making, informed choice, mistreatment in childbirth, intersectionality and culturally sensitive care.

She also works as a registered midwife at Landspitali University Hospital and holds lectures on cultural humility for midwifery students. In addition, she is on the editorial board of the Icelandic Midwifery Journal and teaches childbirth preparation classes for English-speaking expectant parents. 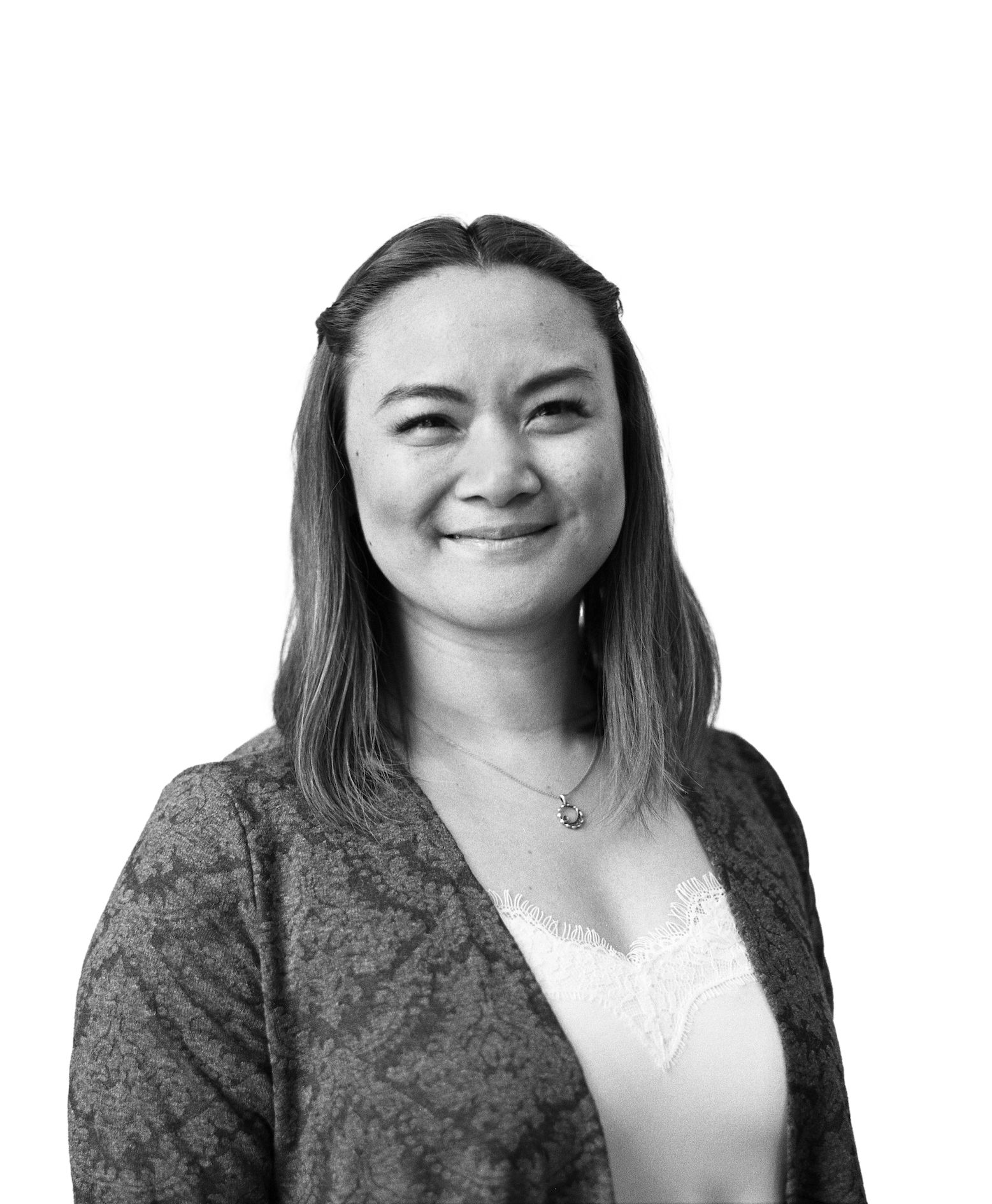 Flora Tietgen was born and raised in Germany and has been living in Iceland for the last four years. She’s a PhD candidate at the Faculty of Education and Diversity in the University of Iceland. Flora is part of a research project on experiences of violence of women of foreign origin in Iceland and her research focus is on experiences of intimate partner violence. Currently she is the head of the board of UMBRAL Association for young people in multiculturalism. 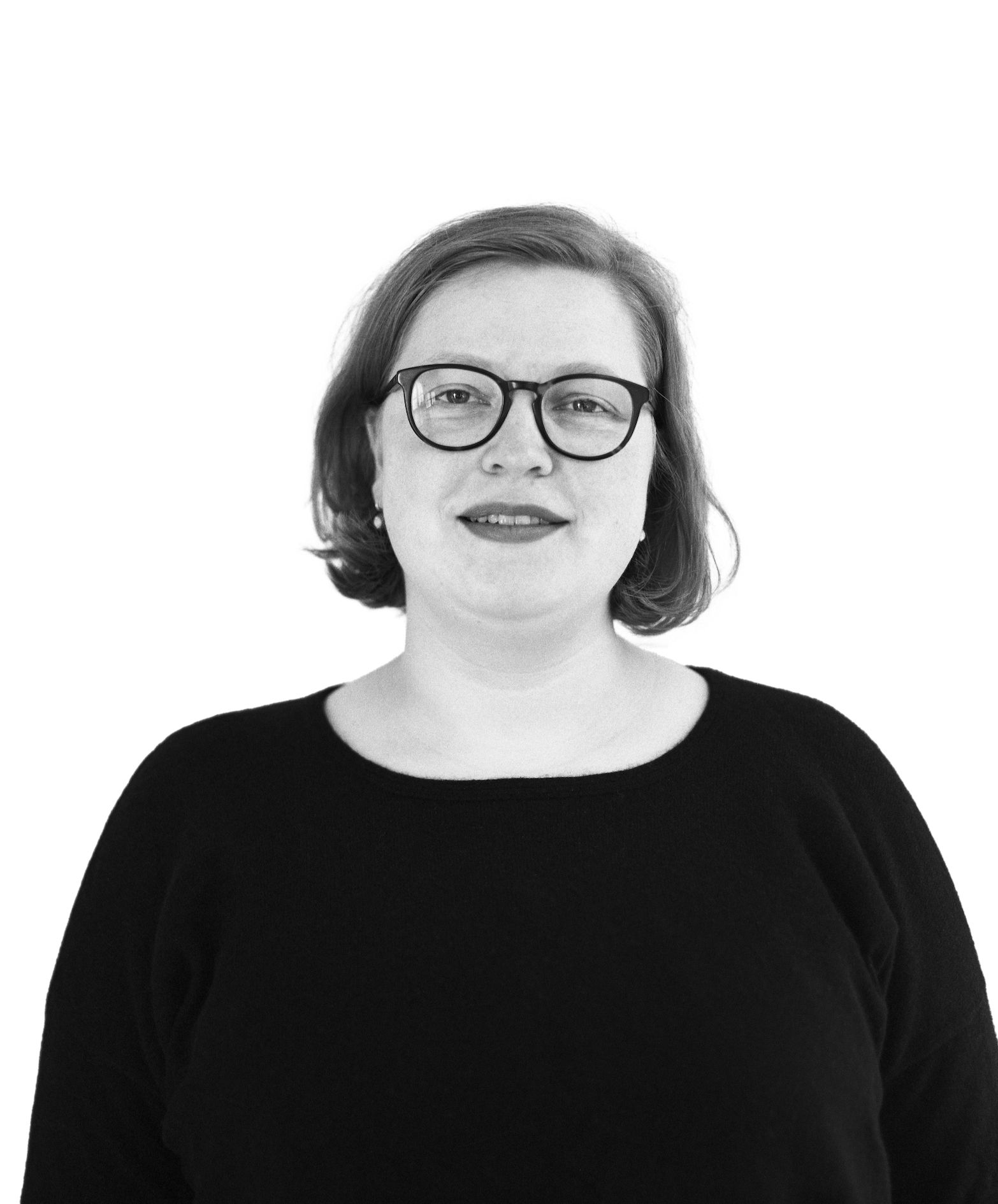 Randi W. Stebbins is originally from the United States, where she was practicing law to help undocumented victims of violence navigate the immigration system. Since moving to Iceland in 2014, she has been active in the immigrant community as a peer counselor with W.O.M.E.N., as one of the founders of Ós Pressan, as a speaker, and as a writer. Her research project on intimate partner violence toward women of foreign origin allows Randi to draw on her legal background and her experiences as an immigrant woman in Iceland. She is also the director of the University of Iceland Center for Writing. 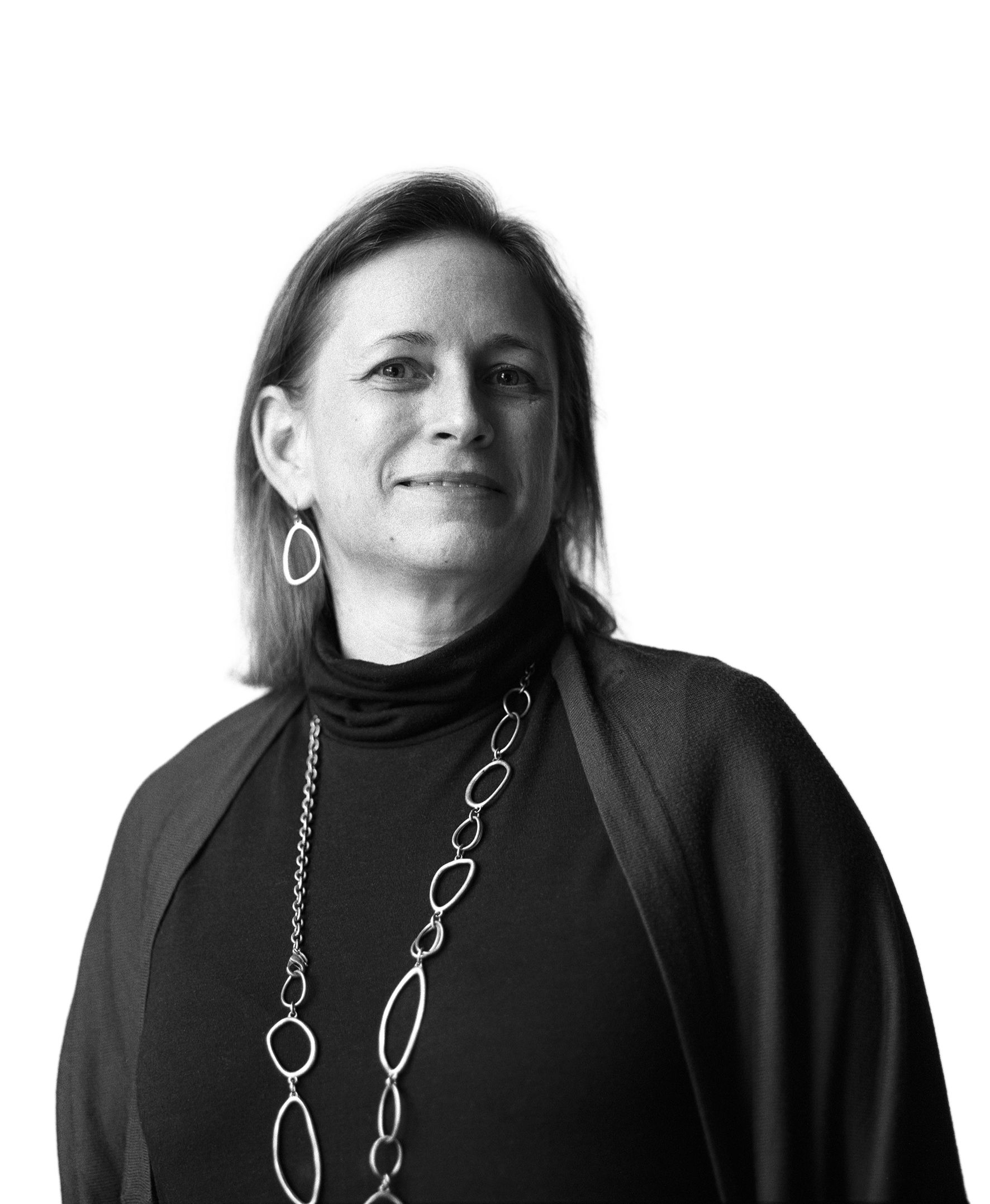 Brynhildur Heiðar- og Ómarsdóttir is the Secretary General of the Icelandic Women's Rights Association (IWRA), an advocate for gender equality and monitor of legislation and government policies dealing with gender equality. She has graduate degrees in comparative literature and English literature. She has written a book of feminist fairy tales and she serves, in her spare time, as the president of Fjöruverðlaunin, Women’s Literary Prize in Iceland, and treasurer of Fræðagarður, the Union of University Graduates. Shantaye Brown is a published author, online marketing strategist for Erlendur Magazine, deputy member on the board of W.O.M.E.N and a model. A native of Jamaica who has lived in Iceland for three years and since then has been part of various projects targeted towards overcoming adversities. Having a huge interest in making a positive influence on the lives of others, has led Shantaye to partake in causes which encourage healing and growth. Such efforts include sharing her own experiences through Bjarkarhlið, a center for adult victims of violence of all genders. She has also written various publications involving assimilating to Icelandic culture as a foreigner/expat. 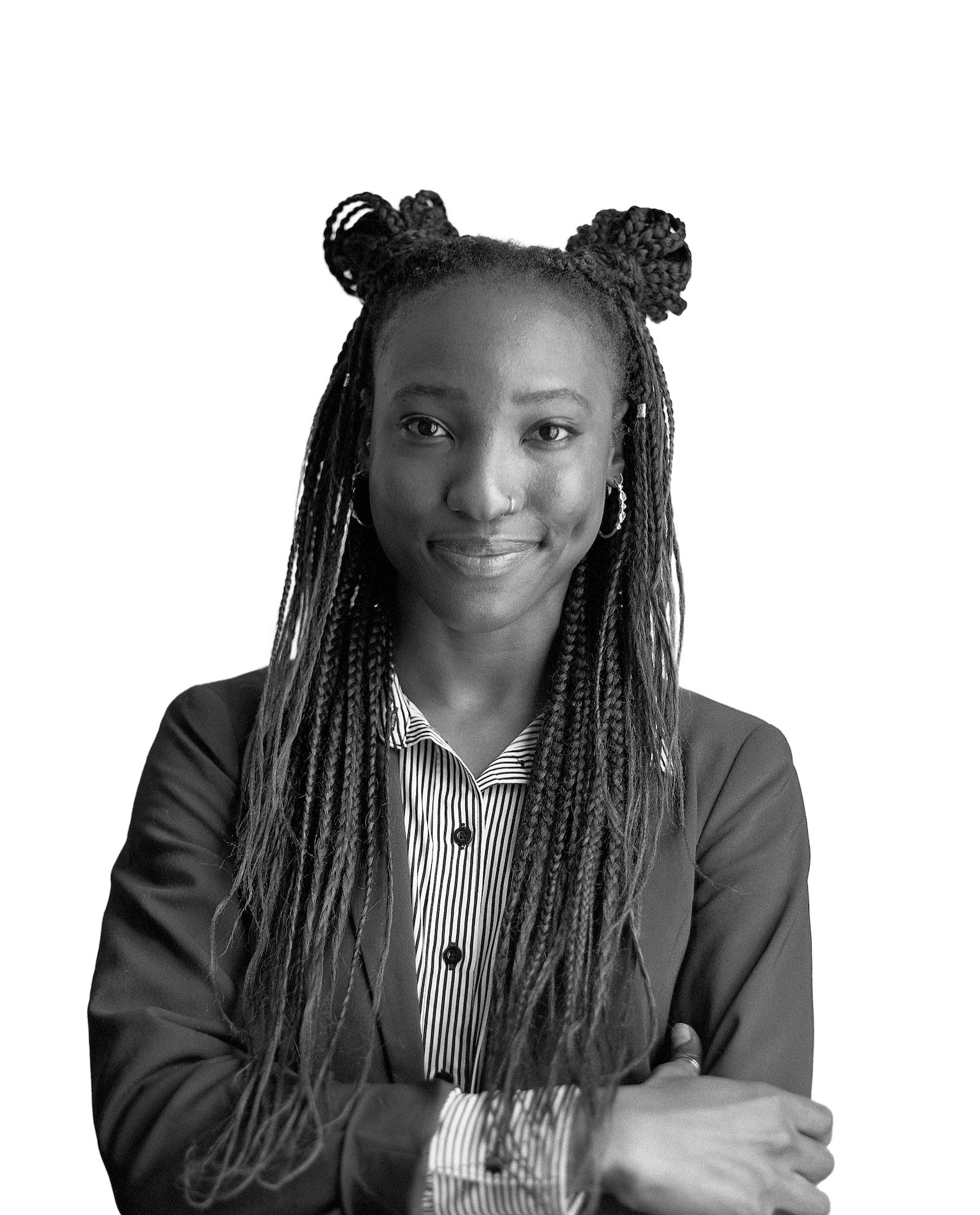 Imane Errajea is originally from Morocco, Casablanca. She works for Asetur as an interpreter, mainly within the health care sector, primarily with women from Arabic origin. Furthermore she volunteers at the Red Cross as well as being a board member of Stelpur rokka! Imane has devoted her time supporting communities that lack access to resources and gotten to know common issues they face. She will soon launch her project called RISE people of color which is focused on inclusion and multicultural learning, including workshops for women of color about their rights in Icelandic society, sharing their experience in a safe space and building a support system of women helping women. 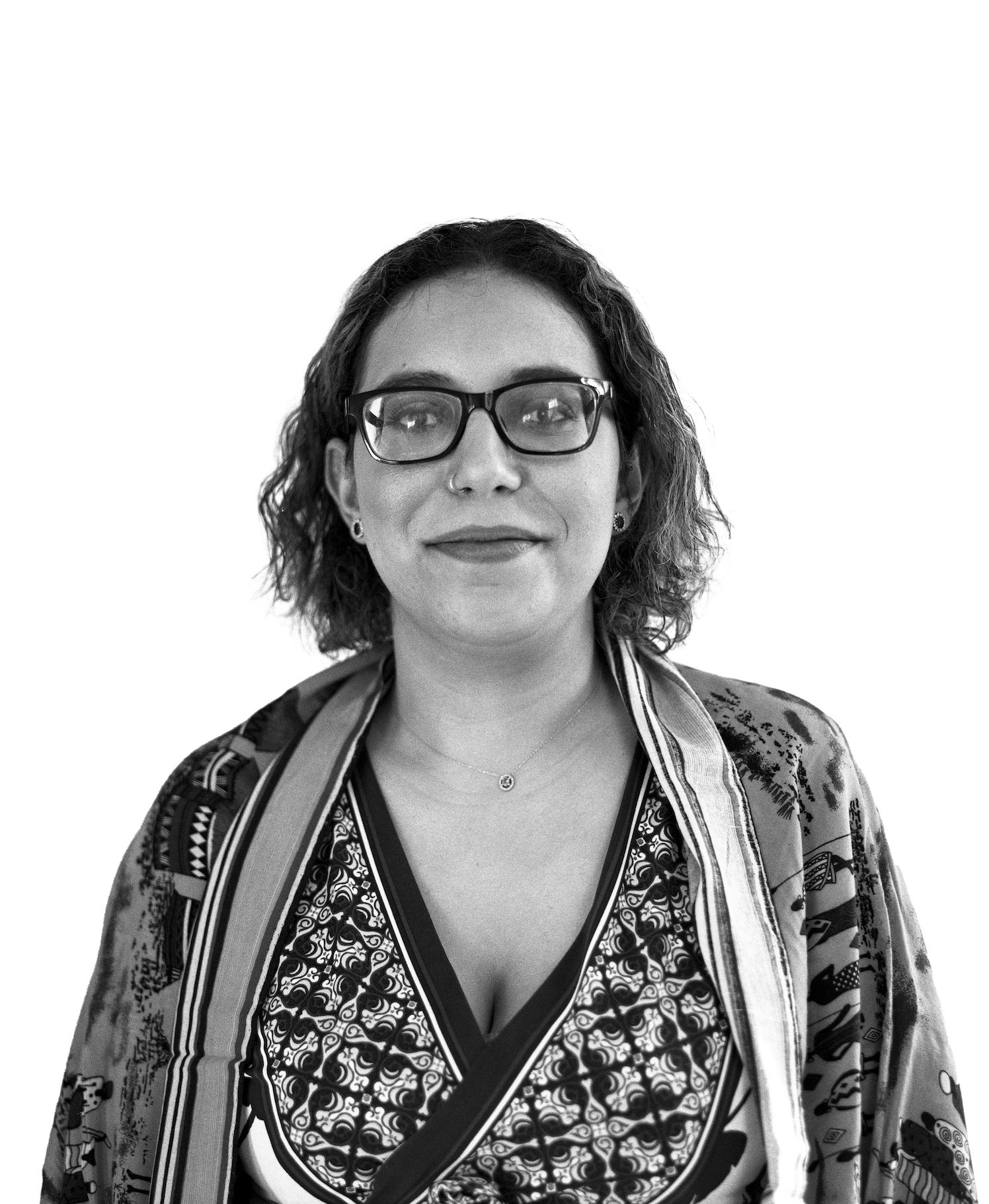 Logan Lee Sigurðsson is a U.S. American who now calls Iceland home. She holds double bachelor degrees in Asian Studies and Peace and Social Justice, and a Masters degree in International Affairs. A human trafficking survivor herself, Logan has studied and worked on the issue of human trafficking for nearly 7 years in the United States, Mexico, Japan, and now Iceland. Logan chairs Iceland ́s only organization specifying in anti-trafficking, Stop the Traffik: Iceland, which works to combat local human trafficking through research, advocacy, and awareness. 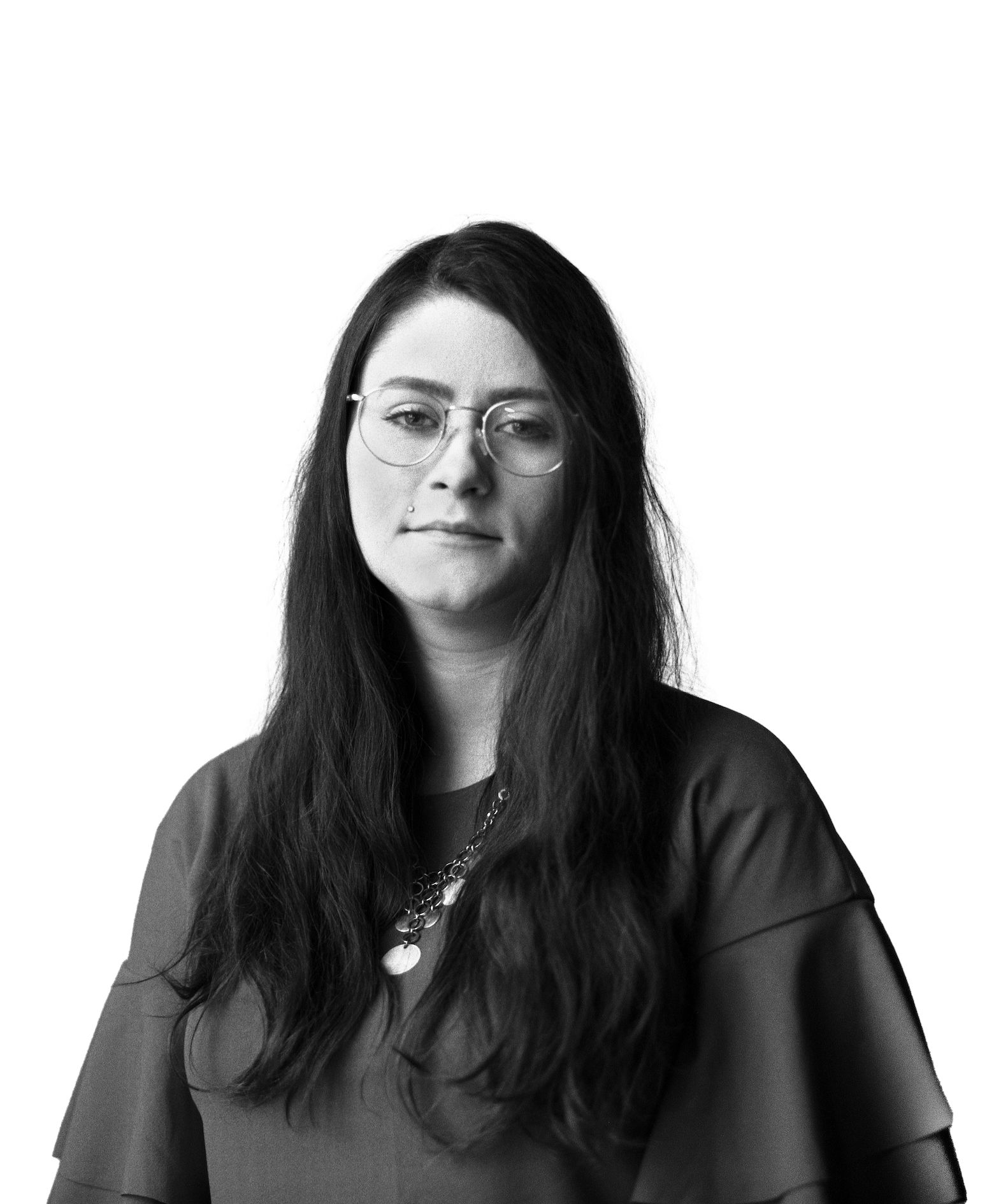